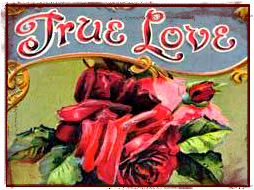 I know that on this blog, I’ve mentioned our daughter’s caring spirit before. I might’ve talked about it more than once.

But she has such a big, beautiful, loving heart — it’s hard not to keep coming back to that.

Our family has been battling a wicked virus since Saturday. I was chatting online with the orphanage director earlier and asked him to please pray for us, as the five of us are still feeling under the weather. Pearl was standing there beside him and when he told her that we were sick, she began to cry.

I asked him to reassure her that it’s just a virus that will pass, that we’ll all soon be feeling fine again. But her concern is so touching to me.

It’s really hard to explain the connection that is between us already, the bonding that has begun. The kids at the orphanage just went through a major bout of malaria and measles, and I worried about her getting sick just as much as I worry about my sons here when I know they’ve been exposed to something. It bothered me so much that I couldn’t be there to see her and know how she was doing.

God willing, it will only be a matter of months until we’re together, until I can be the one to wipe away her tears and hold her when she’s worried about something.

Just a few more months until we can stop all this long-distance fretting, and just look into each other’s eyes like family members do, and without having to say a single word, know that we’re all OK.