I probably shouldn’t call this the “first” delay. Not since there’s been about a thousand more before.

A more accurate term would be the first “Post-Court Delay”. We were scheduled to get our ruling from the judge today, but alas — the judges are in a meeting that will last through Friday. So we will probably get the ruling sometime next week.

Our lawyer’s advice is to be patient, to not be concerned. As Ugandans like to say, “It has no problem, really.” 🙂

I’ll admit — it’s easier to do that here at home, than I think it would be if I were still in-country, racking up expenses every day of waiting. But it’s still frustrating to not be able to start the next step yet.

If this process has taught me anything, it’s patience. But obviously, I still have a whole lot left to learn!

Thanks for praying for us, for the ruling to come soon, and for the next steps to fall into place quickly after.

(And every Ugandan adoptive mom I know shakes her head and chuckles over the naivete of my hope! Hahaha!)

P.S. I promised a travelogue, didn’t I? It’s coming. Perhaps on a Ugandan timeline, but it’s coming. Eventually. Until then, here’s a beautiful picture of a Kampala sunrise to hold you over! 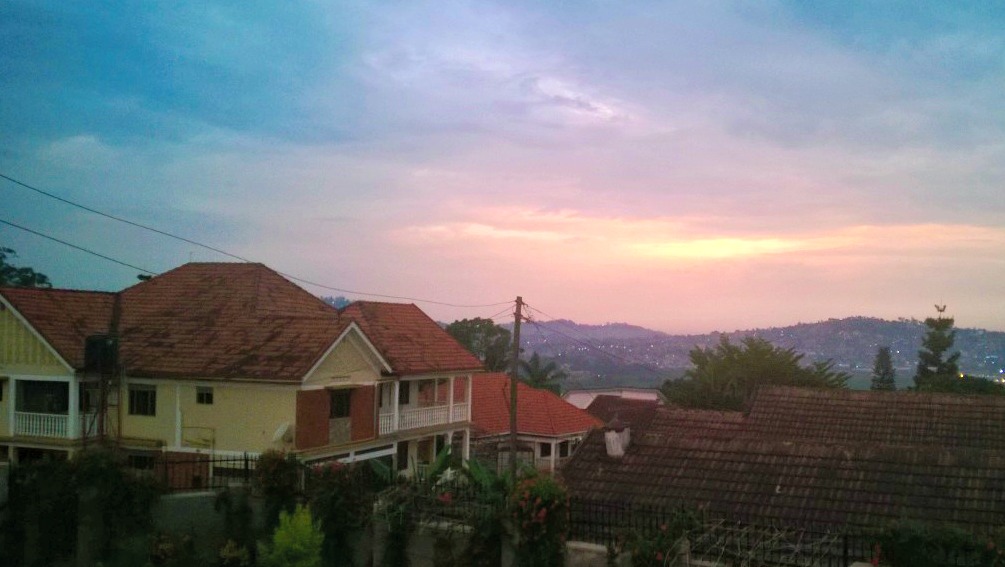