It’s crazy to think that it was just over one week ago that we were greeting Violet at the airport! This time last week, I felt nervous and unsure of how things were going to go. Today, I can say that the initial transition has gone very well!

We ended up much busier than the calm week I’d originally planned. My mother-in-law was in town all week, which was great because they got to meet and spend time together. On Wednesday, we went to the school to find out what’s needed for registration and placement testing, and stopped by the park on the way home. It was Violet’s first time being on a playground or going down a slide, and she loved it.

On Thursday, I had media VIP passes to attend the grand opening of Hurricane Harbor at Six Flags. All the literature I’ve read about international adoption warns against exposing kids to big, crazy places like that too soon. But we brought friends with us, and they all had a wonderful time. It turns out she’s a fearless water slide and roller coaster junkie. 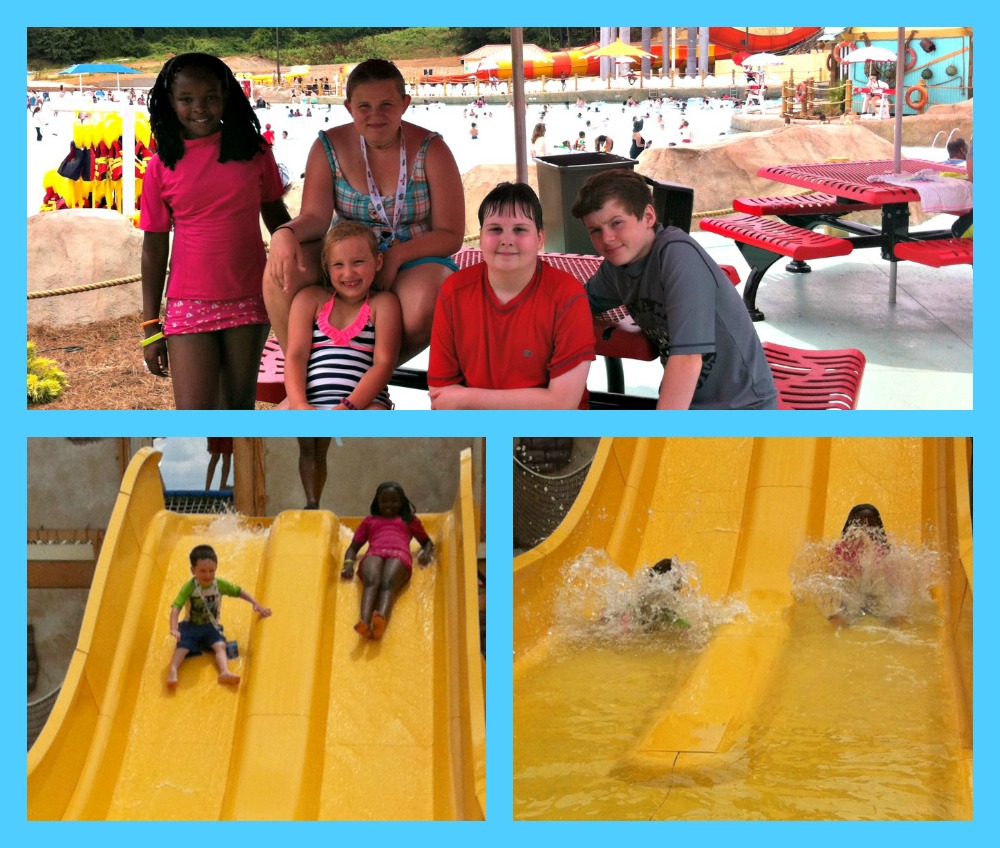 We received a thoughtful package from a group of my friends. She was elated to unwrap her very own camera!

Yesterday, we had passes to Legoland. She was less impressed with it than Six Flags, but the realistic rain spraying in the 4-D movie theater cracked her up! 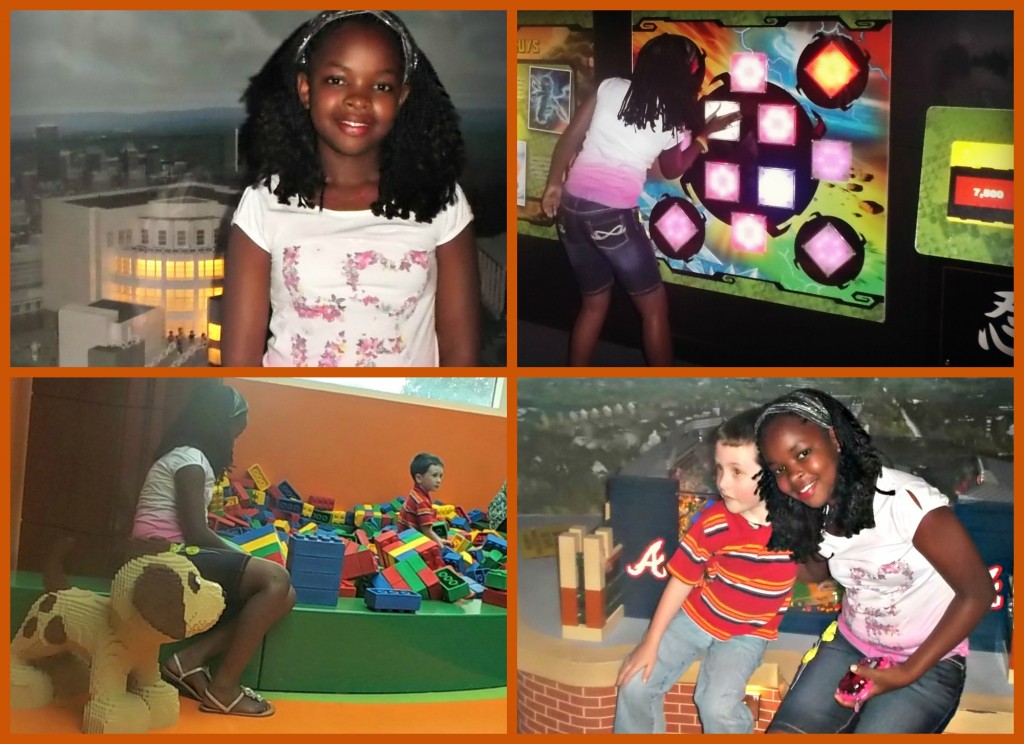 I told Donnie that it’s like peeling an onion — there are so many layers we need to work through to really get to know her. But we are learning new things every day.

We’ve learned that she adores Jonah, but also likes to tease him a bit too much sometimes. For the most part, though, they’re best buds.

We’ve found out that she dislikes broccoli, sausages, hamburger meat, string cheese, and rice cooked without salt. New likes include fruity yogurt, plain potato chips and hard-boiled eggs. The only thing she’s been binging on is protein foods and I think it’s her body’s way of trying to catch up on never getting enough protein before. Every morning for breakfast, she wants eggs, chicken nuggets and a mug of hot milk that she flavors with a tea bag and sugar. I imagine this will taper off as she gets used to having daily access to protein-rich food.

The only issues that have surfaced so far are the boys adjusting to her presence, in the ways that impact them personally. For instance, despite explanations, Jonah still doesn’t get why he can’t just barge in while Violet is bathing or changing clothes. And I think my other two are a little baffled by some of the liberties she is (temporarily) afforded due to what I’ve learned about bonding and attachment issues. Thankfully, they’re old enough to (mostly) understand the bigger picture, even if in the moment their knee-jerk reaction is to feel that we’re being unfair.

(Of course, teens and pre-teens pretty much perpetually think their parents are unfair, so that might be a battle I can’t win.)

Anyway…thank you for your continued prayers and for all the beautiful ways you’ve shown our family support!