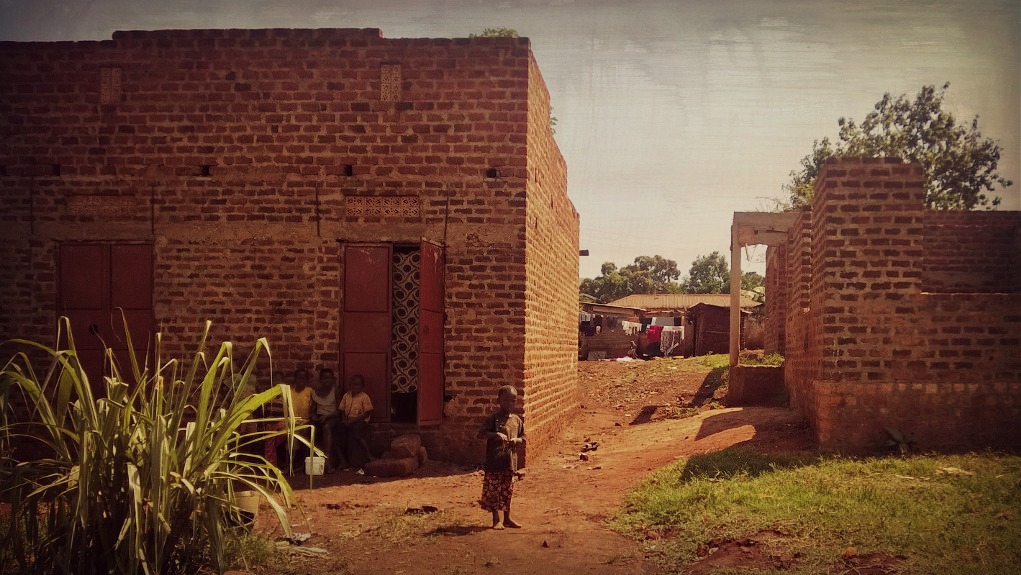 You don’t come home from a place like Uganda without feeling all mixed up.

Friends who’ve been on mission trips warned me about this, but I didn’t understand what they meant. I don’t really come from a family that takes mission trips. Until a few years ago, I barely even had any friends who’d been involved in foreign missions — and I certainly never imagined that I, of all people, would ever find myself in Africa.

The American, middle-class, “Easter/Christmas Christian” culture I grew up in gives a little to church (never more than 10%, mind you) and occasionally mails a modest check to an animal charity. The people I come from don’t DO human poverty. We don’t sponsor kids, we don’t really think about orphans or widows or lowering our standard of life to make a stranger’s life a little easier. We work hard for what we have, and we keep it for ourselves. We store it up, because it is ours. We earned it, we made it happen. We look out for Number One. Always.

The culture I come from rarely says it aloud, but views the poor as having had the bad fortune to have been born where they are. It’s not our fault they’re poor. We aren’t taught that it’s our job to help them. And we would certainly, never, ever welcome one of them into our family. Especially not if it cost us anything significant, health- or financial-wise. If we’re honest, most middle-class Americans see children as burdens instead of blessings, liabilities instead of assets. We don’t get why anyone would voluntarily take on another child if they didn’t have to…especially not an older child whose skin color doesn’t even match our own.

(Even if maybe sometimes our lives don’t quite match Jesus’ definition of goodness, justice or loving kindness. They match the American prosperity-gospel version, and that’s good enough. Right?)

It isn’t so much that our hearts are truly hardened. It’s just that our eyes don’t want to see anything different. The pleading gaze of an orphan pops up on a late-night commercial, and we change the channel because it’s easier than exposing ourselves to their truth. 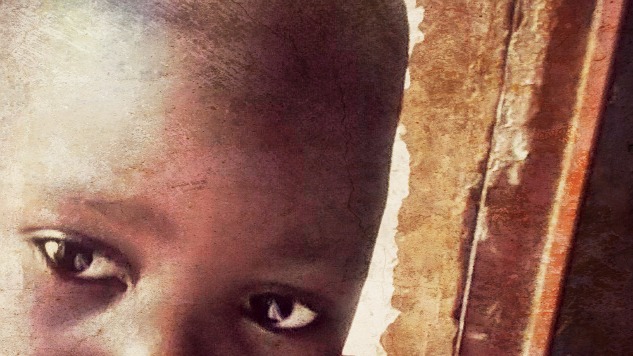 We don’t like it when people make us think about things that are unnerving or unpleasant. We certainly do not sign up to go see these things for ourselves.

Other people go on mission trips. Other people are called. Not our people. Not the culture I come from.

God has spent the past two years slowly unraveling me from this mindset, and last week in Uganda left me completely unfurled and raw. I met more heroes in one week than I’ve met over the rest of my lifetime. Beautiful, generous, God-loving people who are making daily sacrifices most of us would never even consider.

They blessed me more than they’ll ever know. And now, I get why people go on missions trips. I get why people step outside their own cultural expectations to serve in places like Uganda. I get it now. 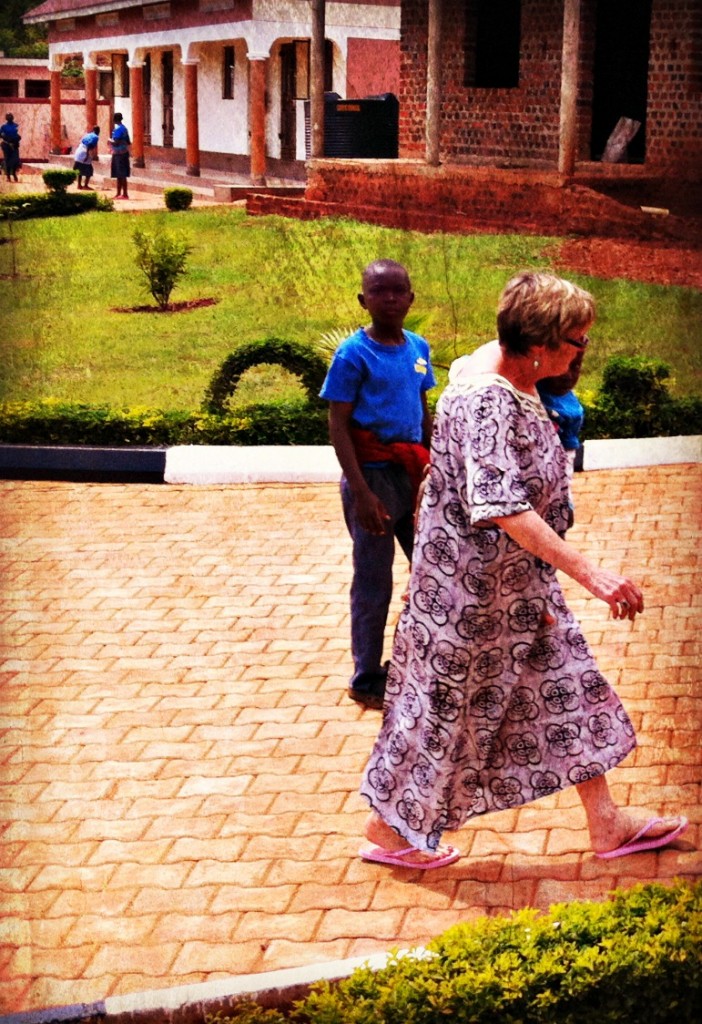 It’s been hard to come back home to this life. My home is comfortable and welcoming but at the same time, it just feels wrong and uncomfortable and cluttered.

I knew some of what culture shock felt like when we came home from being stationed in small-town Scotland in the 1990s. It was like everything in America felt too big, too extravagant, and everywhere you looked, there were too many choices. I remember standing in the shampoo aisle at Publix thinking, “Do we really need 50 types of shampoo to choose from?” It was all so overwhelming.

I feel some of that now, even after just a week in Uganda. America is just…too much. Everything is too much. Our portion sizes, our bodies, our cars, our homes with their overstuffed closets and garages. Even our poor are rich compared to the majority of the world, but few of us acknowledge that. We’re so accustomed to the excesses in our lives that we don’t even see them anymore. We just want the next new thing, and the next, and what’s worse — we believe we’re entitled to it.

I learned last week that you can’t really know the definition of poverty until you see it, smell it, fully witness it in person. And then part of you wants to laugh and another part wants to cry over realizing the lie that you’ve believed your whole life is just that, a lie.

You realize that you aren’t really struggling. You aren’t “nearly broke”. You aren’t “just getting by”.  You’re pretty darn blessed, actually. Far more than you deserve.

And that’s what I’ve been trying to process since coming home.

I know a few people who are convinced that our adopting Pearl was a dumb idea because they think we aren’t rich enough to take on another child. The accusations pelt us like bullets: “Your house isn’t big enough, your cars aren’t fancy enough, your clothes aren’t nice enough, your food isn’t fine enough. Your boys are going to have to do without if you adopt this child, and that just. Isn’t. Fair!”

My husband and I have been called fools, and worse. But it’s OK. Really, it is OK. Because as our friend Francis in Uganda told me, “We serve a BIG God!” And He has something to say about foolishness. 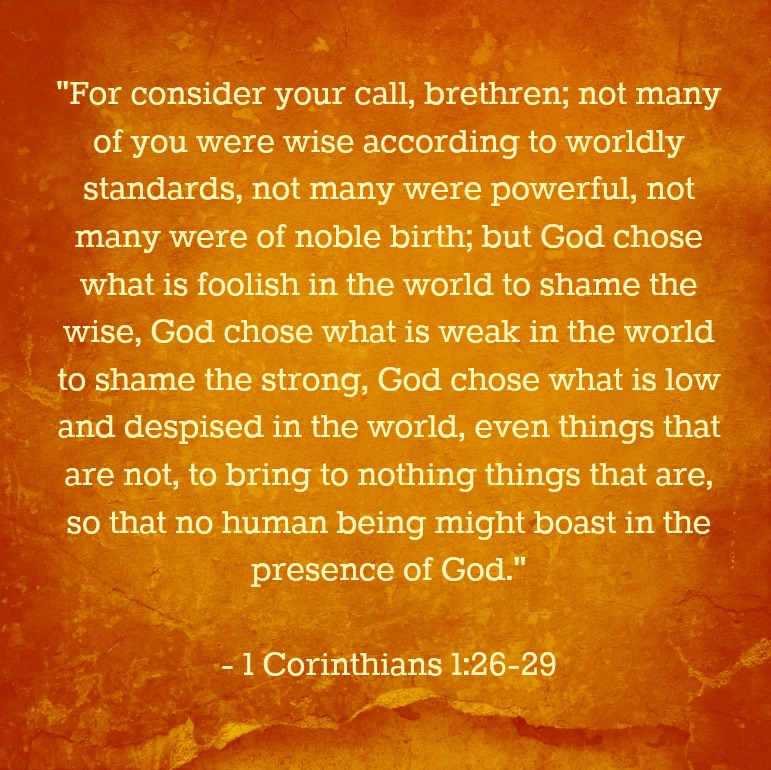 If my husband and I are fools for God’s sake, then so be it. We can’t boast of anything that’s happened to connect us with Pearl, because it’s all been from Him, through His power and love. Everything from the money being raised, to the favor we found while in Uganda — we can’t take credit for any of it. All we’ve done from day one is tell God that we’re open to what He wants. (Although I’m sure He probably wishes I followed him with a lot less reservation and fear than I do.)

It’s hard to feel bold when you so closely fit the definition above, especially when others are quick to point out your shortcomings and flaws. It is true: according to worldly standards, we are not powerful or of noble birth, we are not rich, we are not strong. But I think God thought we were up to the task, or He’d have never brought us this far. And really, I think He needs ordinary people to say “yes” to the extraordinary because our lack sets the stage to fully display HIS strength. What an incredible blessing it was to meet so many of these ordinary people last week, experiencing the extraordinary because they simply said “yes” to God!

It’s not going to be easy for our daughter to leave her culture. I never realized until today that the very act of adopting her also means that my husband and I (to a far lesser degree) are also removing ourselves from the culture we grew up in, stepping out of the box crafted for us by a mindset that values money far too much and people far too little.

Historically, cultures don’t embrace the prodigals who go their own way. They tend to reject them as fools. Jesus’ own people did that to Him. So I guess we’re in good company. But as much as I’m willing to do this for a bigger purpose, I can still admit that it hurts to do so. Rejection hurts. Not being understood is incredibly painful. Being made fun of basically stinks.

My husband, our sons, our daughter and me — what we’re doing isn’t an easy thing at all. But I have to trust that the One who’s leading my little family will continue to do so, and whatever we do, however foolish we’re deemed, I know this one thing is true: the path He’s custom-made for us is the only one we can follow. And anything we’re struggling with now will be totally worth it in the end.